At the time of writing this post, it feels as if things at Starbase are really about to shift into high gear. At the Launch site, Booster 4 is sitting on the Orbital Launch Mount (OLM) awaiting initial testing. On Sub Orbital Pad B, Ship 20 is looking good following weeks of work on its heatshield, correcting misaligned or broken tiles.

The shipyard is also buzzing, with the foundations of the New High Bay (Widebay? Name TBD...) underway, while the tents continue to produce more future vehicle sections. If that wasn’t impressive enough, SpaceX has also started assembling Booster 5 in the High Bay. September is currently shaping up to an inflection point for operations at Starbase.

Both vehicles of Flight 420 (Booster 4, Ship 20) are sitting at the Launch site, on respective mounts, awaiting their first phase of testing. On September 10th, Elon tweeted that they’re hoping to static fire Booster 4 ‘next week’ on the OLM. At the time of writing, no new testing road closures have been declared, which have been required during Starship and Booster 3 testing.

It may also show us just how far along the OLM is to being fully operational. Right now, workers have been focusing on propellant lines connecting the Orbital Fuel Farm and the OLM together. Several large trenches containing multiple propellant lines have been seen running from the farm to the tower and the OLM. While the tower will be used to fuel Starship, the OLM will be used to fuel the Booster for both testing and flight operations. At the time of writing, no connections have been seen between the trenches and the OLM. (Note: It is entirely possible that these connections have been made and just aren’t visible).

The Orbital Fuel Farm itself is entering the final stages of construction, with only one outstanding GSE tank remaining to be installed. GSE-8 is currently sitting in the Mid Bay and appears to be roughly 70% complete. Following this, the remaining Cryoshells will be moved to the launch site and installed to provide insulation and protection for the tanks.

Finally, it’s worth mentioning the progress we’re seeing with Mechazilla, the vehicle catching/lifting arms. At the start of the month, they were rotated and set on their sides to allow workers access to install more, thinner parts. Large scaffolding setups were also built around the arms as work progresses from the structural elements to a more detailed focus. 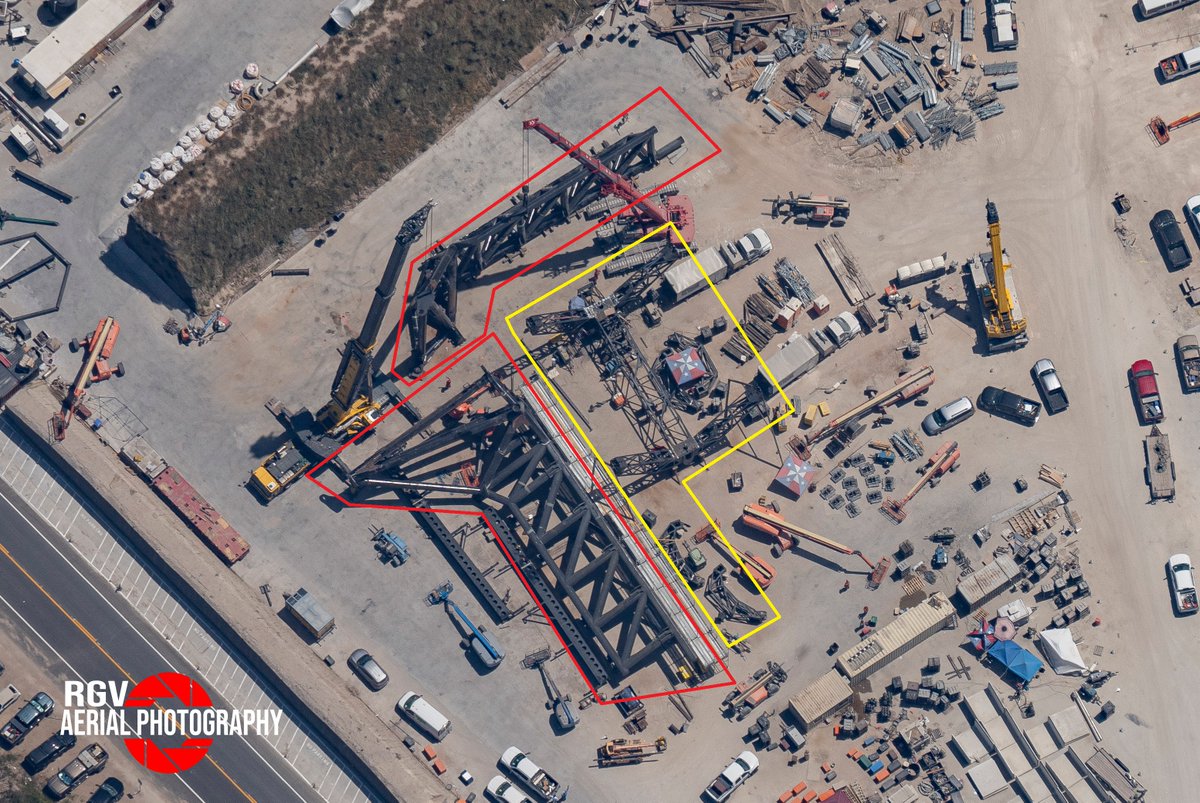 The Shipyard at Starbase

The main attraction at the Shipyard right now is the construction site for the New High Bay. Using the lessons learned from the first High Bay, this new structure is much larger to allow for multiple vehicles to be in assembly at once. The current High Bay only has enough room for one vehicle to be assembled with enough room for workers and equipment. It’s clear that SpaceX is expanding its production capacity at Starbase ahead of orbital test flights. 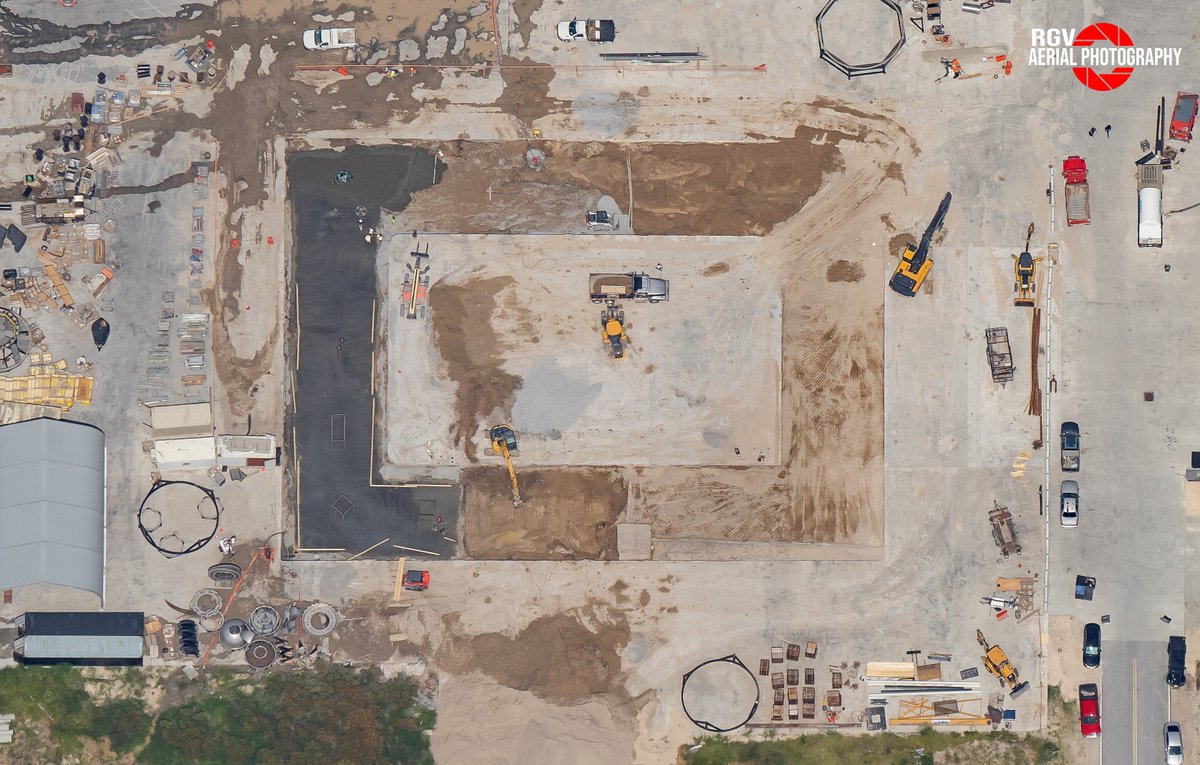 Following this, the first Booster 5 section was spotted in the High Bay meaning construction of the next flight vehicles is already underway. Booster 5 and Ship 21 segments have been seen before, but there was no word on when they would move into final assembly. After all, space and the infrastructure needed to support a full Booster or Ship are limited. 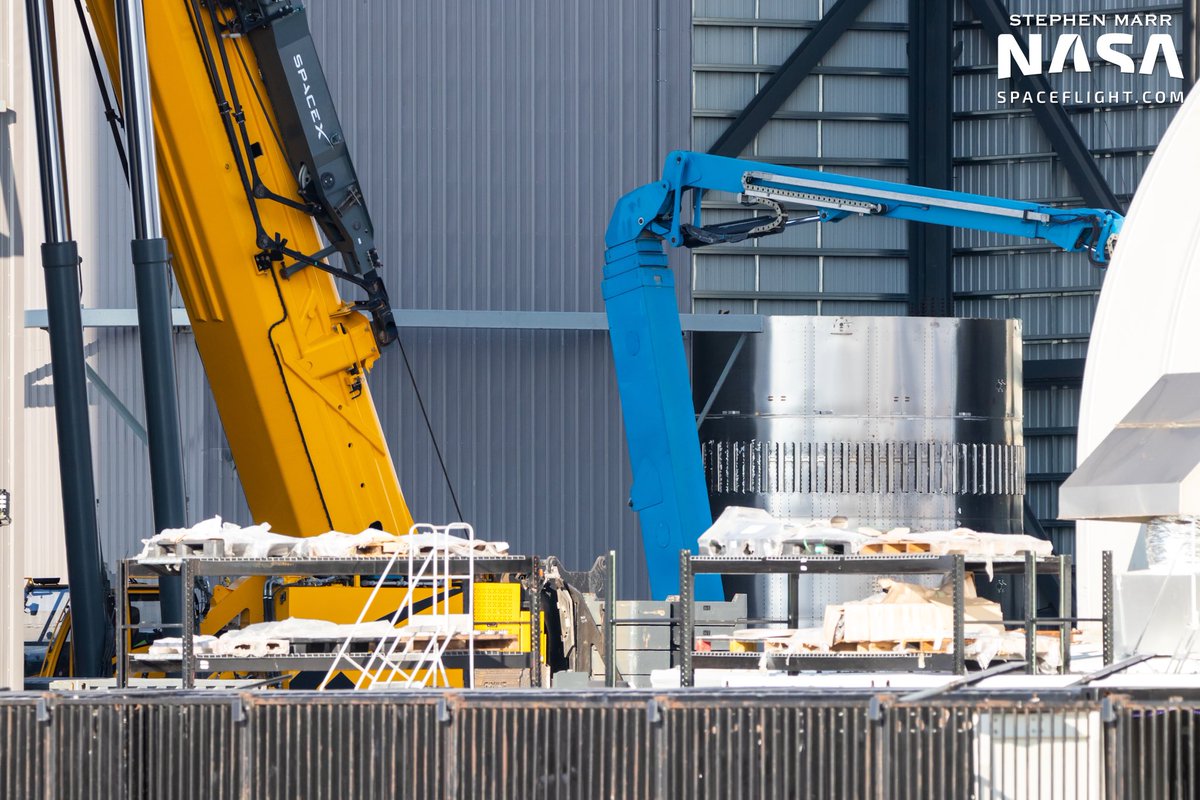 The final exciting thing to note is the extension to the Quick Disconnect Arm that is currently being assembled at the Shipyard. Located on the North East side of the shipyard is a location where the OLM was assembled before being moved to the launch site. It’s currently the staging area for the QD arm extension and work is progressing quickly. The arm is designed to provide structural support up until the final minutes of the countdown, as well as provide propellant and connections to the ship. 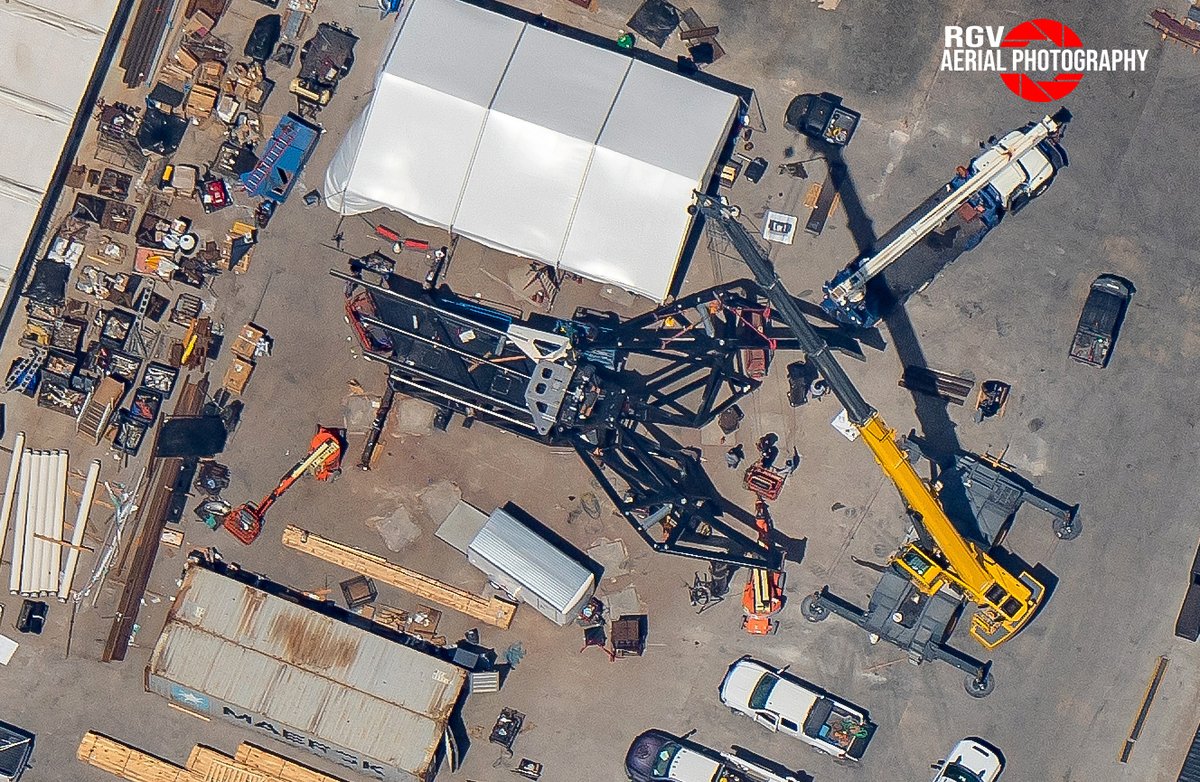 As mentioned previously, the Starship program is about to enter the preflight testing period for its first orbital flight. This involves performing a series of tests to make sure that both vehicles are prepped and safe for flight, similar to how a new aircraft or car runs through a series of tests before being delivered to the customer.

Ship 20 is expected to go through pressure testing before moving straight to a static fire campaign. Earlier this month it received its sea-level Raptor engines and a single Raptor Vacuum (RVac) engine, with the remaining two RVacs expected to be installed before testing begins.

Booster 4 currently has all engines installed, although some are expected not to be the intended test/flight engines, so further changeouts may occur. The vehicle is also expected to go through typical testing, although more on that in next week’s post! 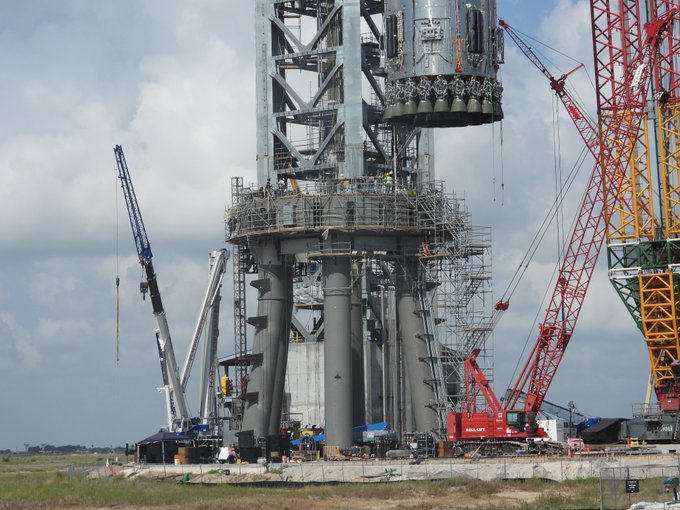 Booster 4 is lifted onto the Orbital Launch Mount. Photo: OceanCam

As with anything SpaceX is currently working on, what is true this week may not be true next week as the program develops. Regardless, it is clear from the progress made that testing and, hopefully, the first orbital flight is not far away.