Your guide to the SpaceX Starship facility in South Texas

Welcome to arguably the most important facility in the world for the future of manned Space Flight. That’s not an exaggeration either. Starbase, as it’s now referred to, is home to the world’s most advanced space flight program since the Apollo era. If you’re new to following the progress of Starbase though, it might get a little confusing, so let’s cover the basics of the facilities in this Starbase for beginners guide. Sign at the entrance of Starbase Texas. Photo: Dale Rutherford
﻿

First, let’s start at the Shipyard, also called the Build Site. This is the factory portion of the facility, where large rolls of stainless steel alloy go in one end, and starships and boosters come out the other. Although, it’s not as easy as that. Within the shipyard are two sets of buildings, each with its purpose and use, but they can be grouped into the tents and the bays. 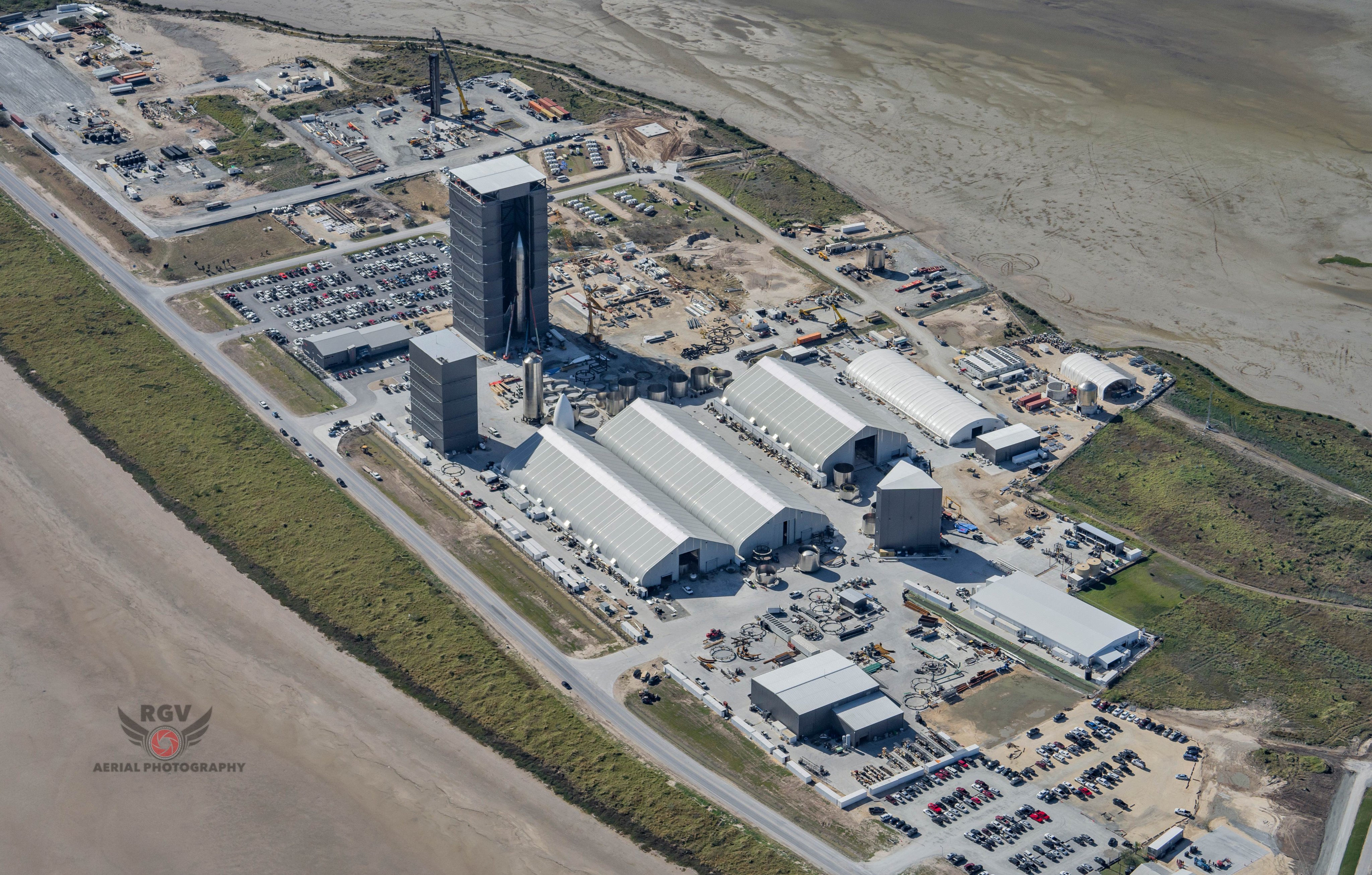 The three large manufacturing tents are where the majority of the fabrication work of all the vehicles, test articles, and tanks is completed. 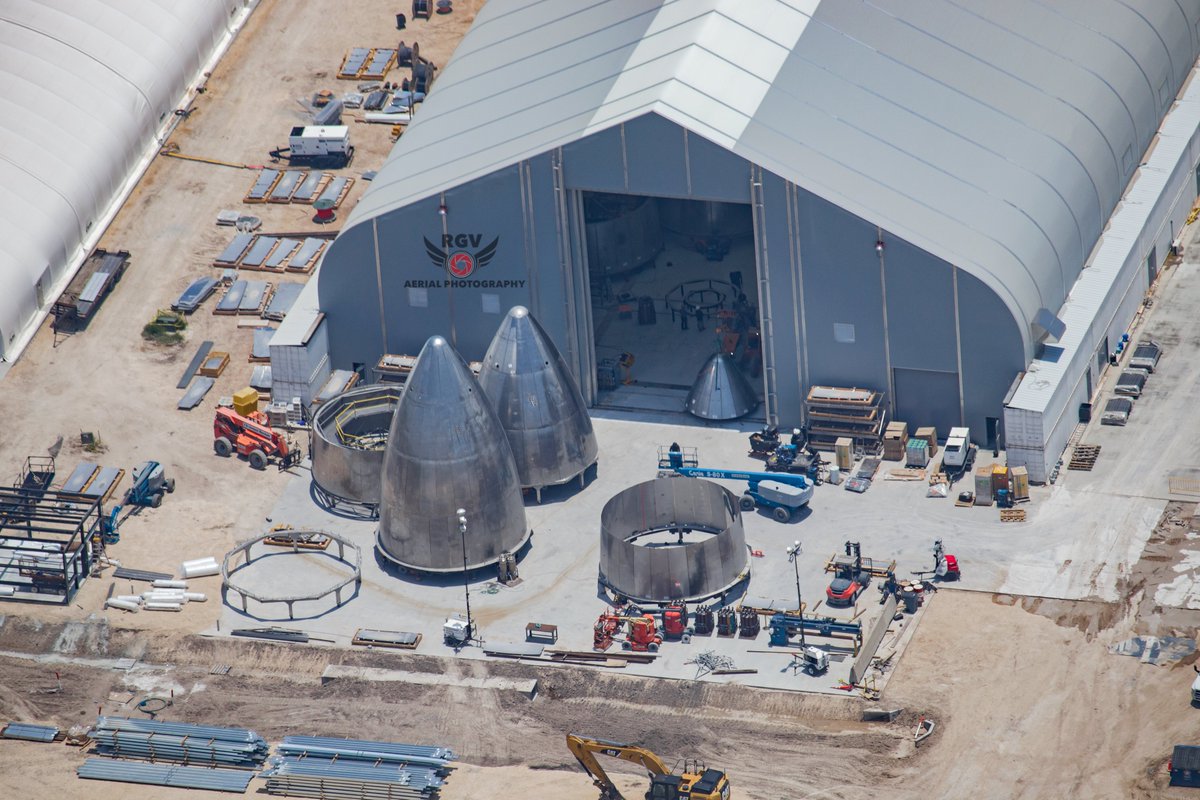 Currently, there are three bays, with a fourth under construction. Each of these structures has its purpose in the vehicle building process. 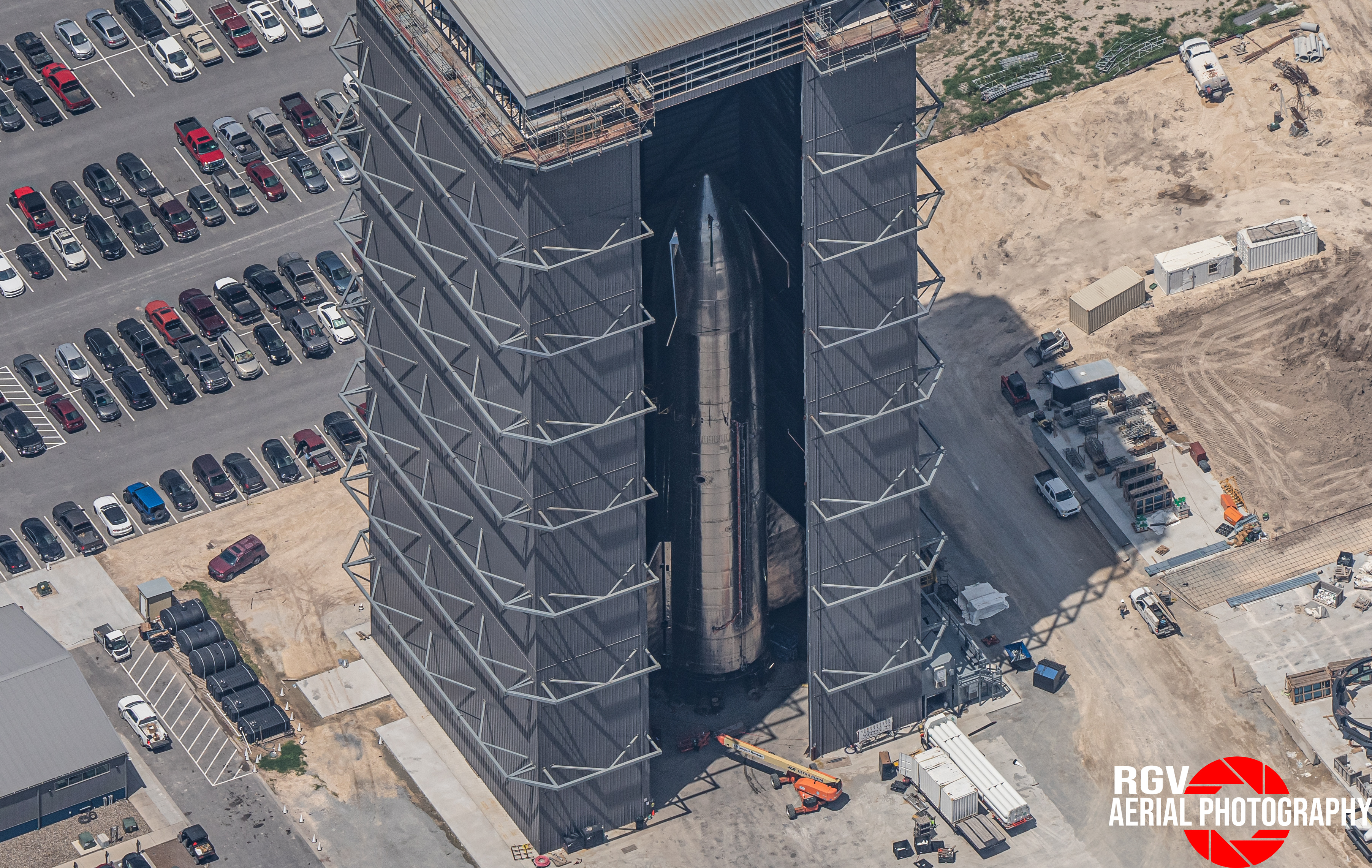 Something important to remember about the shipyard is that it is constantly evolving as SpaceX figures out the design and build processes for the full Starship stack. Things will change as the design matures and improvements are made.

The Sanchez site is everything South West of Remodias Ave and is the current staging area for the Cryoshell. In the past, this site was also the assembly and staging area for the Orbital Launch Tower segments. These segments would then be rolled out to the Launch Complex and lifted onto the Tower in calm conditions. 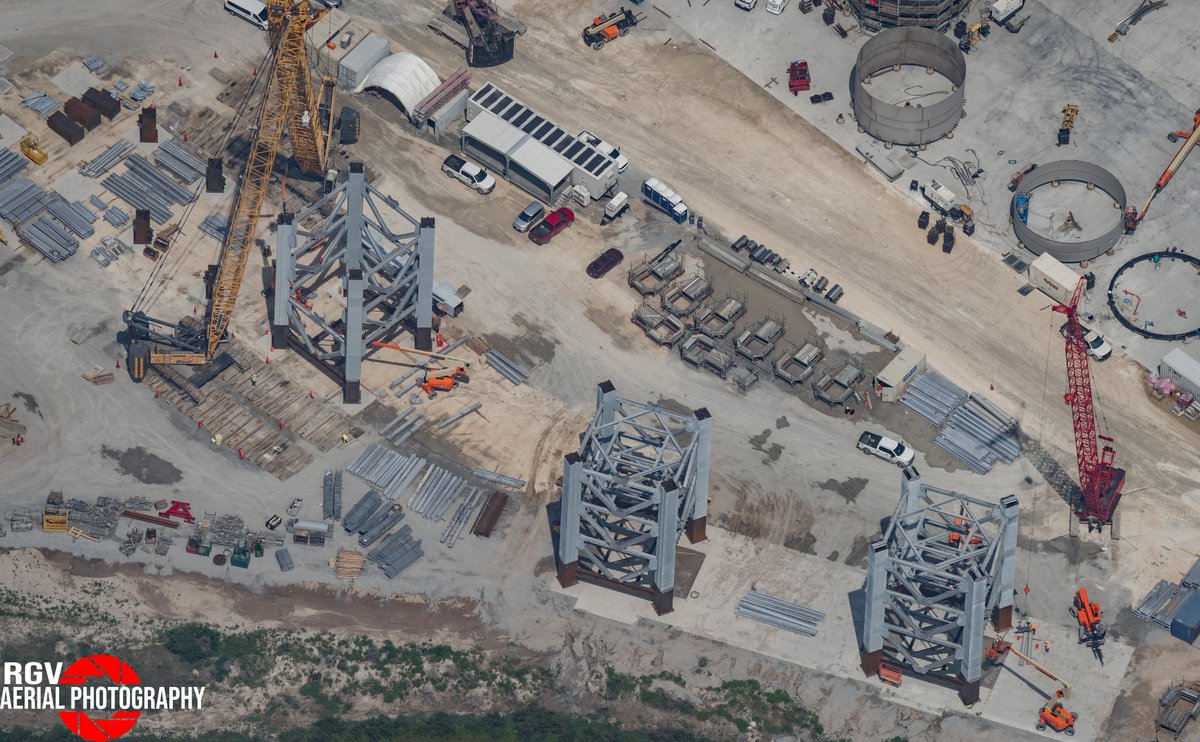 In the future, the Sanchez site is expected to be the fuel production site that supports orbital launches from Boca Chica. Elon Musk’s companies are known for being vertically integrated, and with the development of Starship, it is expected that SpaceX will move into making its propellant to further reduce the costs of launch.


The fuel production plant will focus on the two propellants needed by Starship, Liquid Oxygen, and Liquid Methane. SpaceX chose these propellants due to the ability to be able to produce them on Mars, allowing for return trips of future Starships. Currently, only the liquid oxygen plant is partially assembled at the production site. It’s not known how much more work is left to do until operations can begin.


The methane production plant is not yet installed, although as the final Cryoshells roll out to be installed, it is expected that we’ll see development begin shortly after. 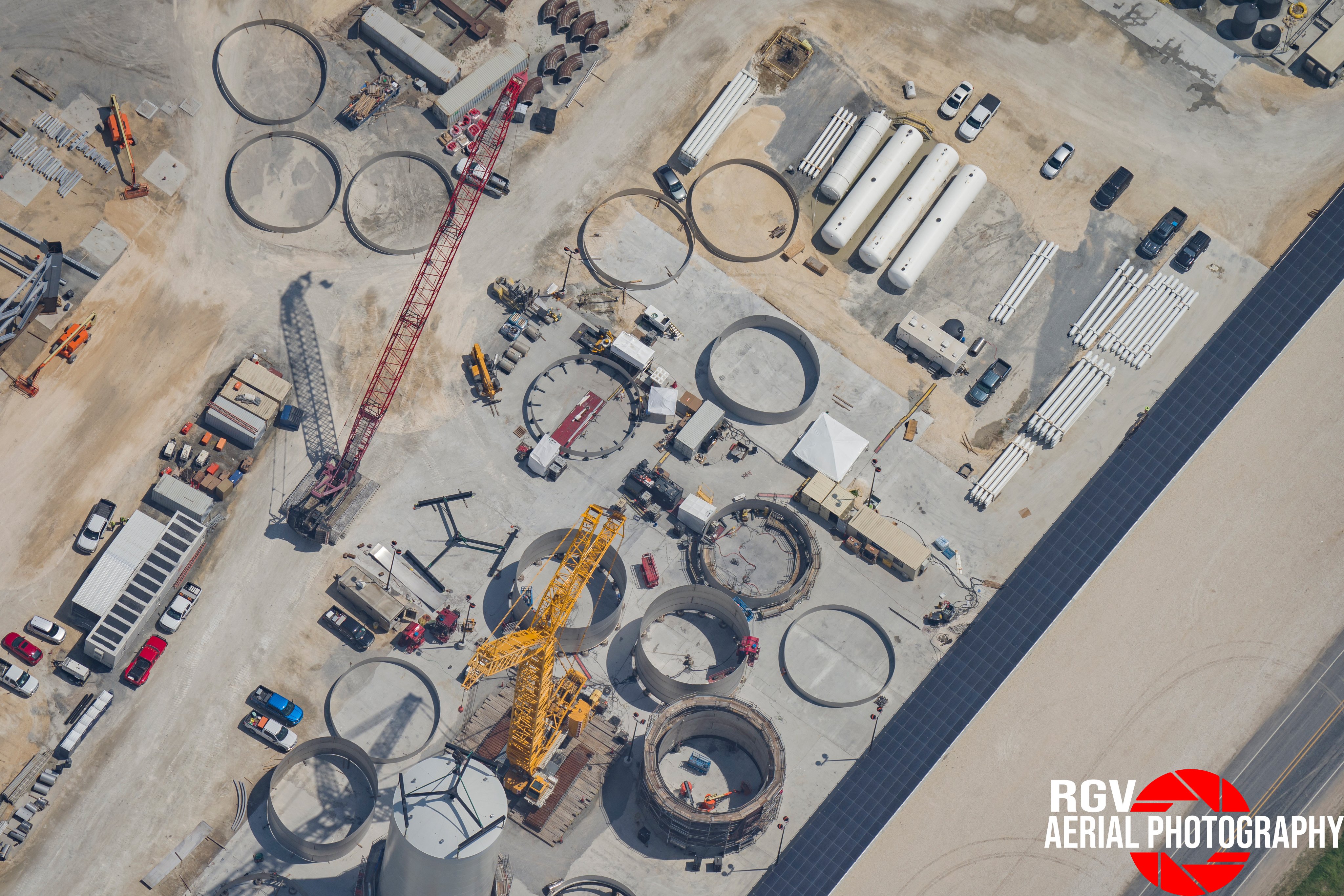 Rings are created at the Sanchez site. Photo: RGVAerialPhotography

The final element of the Sanchez Site is a 12MW Natural Gas Power plant that will provide the high amount of energy needed for the production of the propellant. Similar to the Liquid Oxygen production, it is not clear how much of the plant is complete. Operations have not yet started, but are expected to begin within the next 12 months as SpaceX looks to start orbital flights from Starbase.


Similar to the final word about the Shipyard, it is important to remember that these processes and production decisions may change without warning.

Before Starbase, the local area was referred to as Boca Chica (as per the name of State Highway 4: Boca Chica Boulevard). This small, sleepy retirement village was home to less than 50 people before SpaceX started initial work to operate the Falcon 9 family of vehicles from a launch pad near the beach. 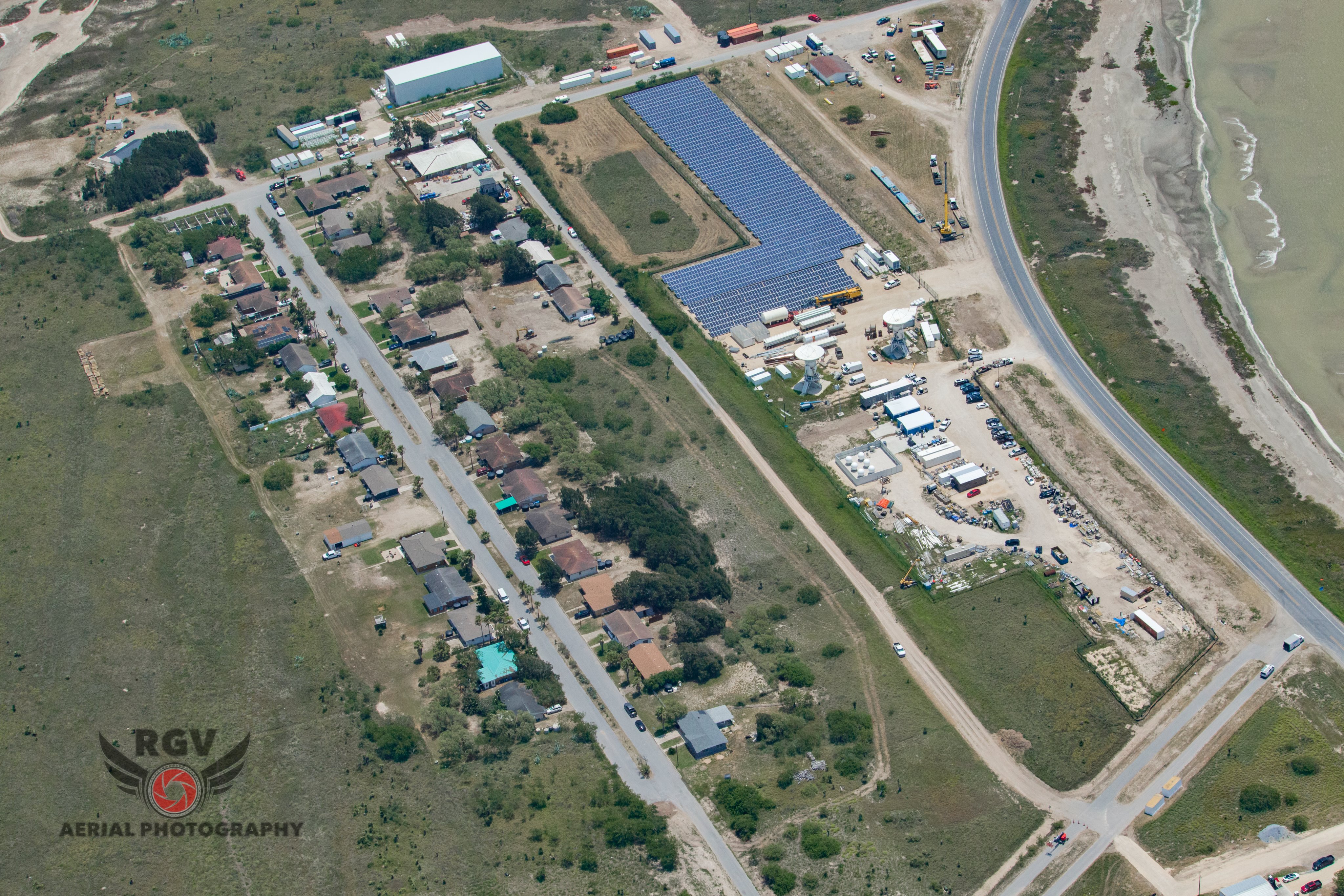 Now it’s a busier village with more and more SpaceX employees living and working close to the build site. The village itself is now mostly owned by SpaceX, rented to employees (including Elon Musk), and slowly expanding as required. Repaved roads, new stormwater infrastructure, a local solar panel farm, restaurant, and other amenities have been installed. 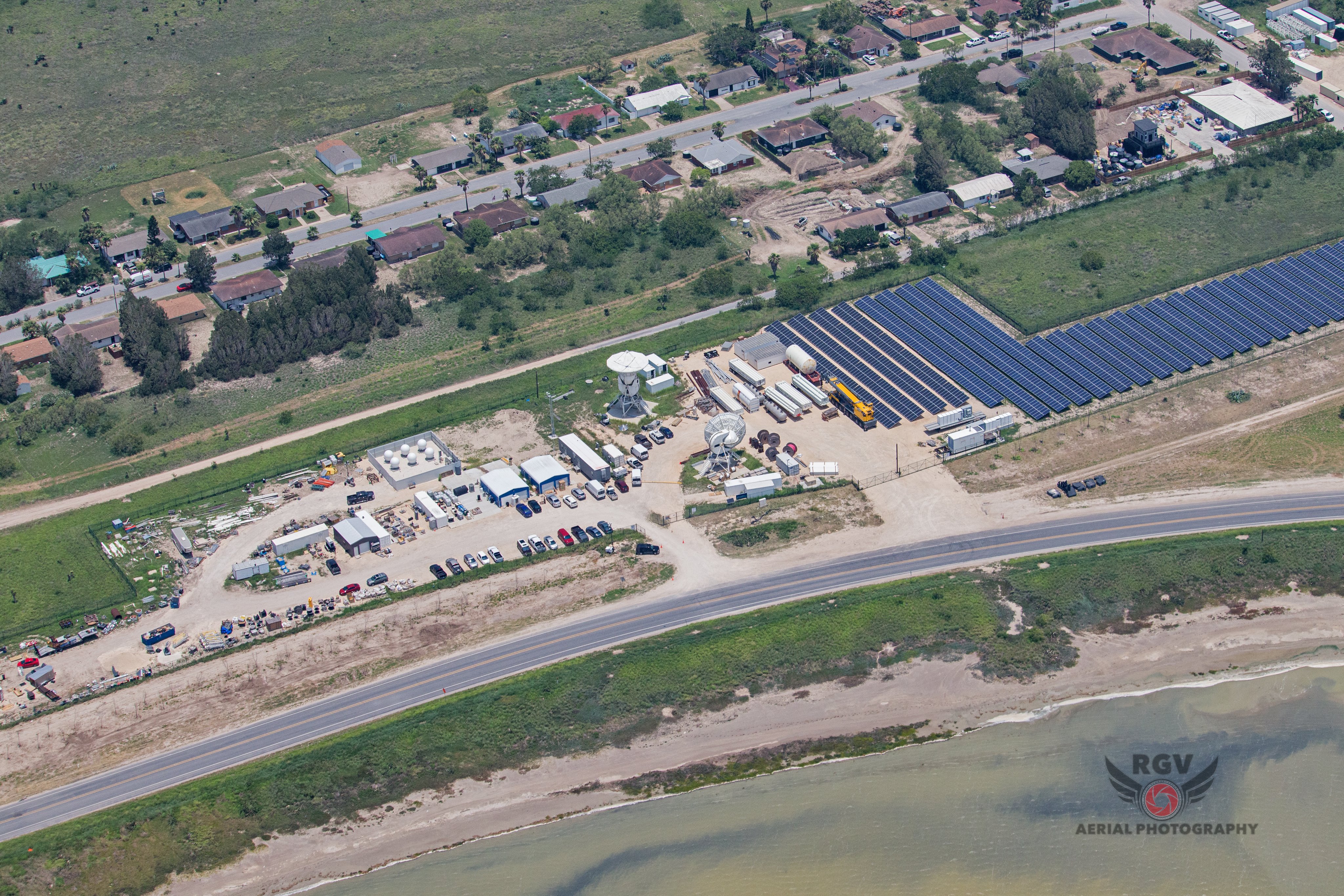 One of the most iconic locations of the village is now the Mars Pathfinder caravan park. This is where a lot of employees live in Airstream campers, creating an atmosphere not dissimilar to the Apollo Era at the Cape. At the time of writing, newer prefab homes are being built on Esperson street, and even a new home has been physically moved to a new location on the street. It should be noted though, that many workers still drive in from Brownsville and the surrounding areas. 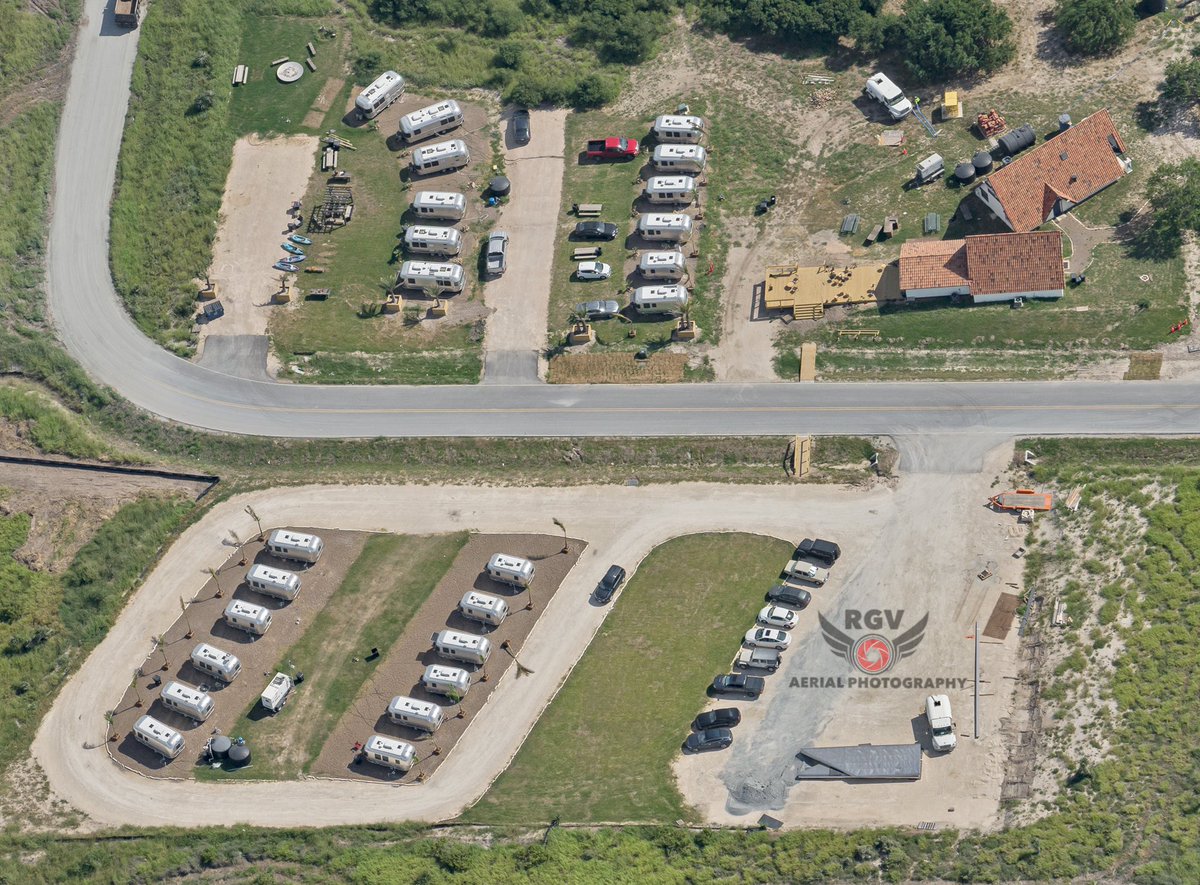 The other major feature of the village is the storage facility for SpaceX. This is where the solar farm is located, as well as two ex-NASA satellite dishes that are used to collect data from vehicles during testing and flights. The storage facility is also home to a lot of the infrastructure that SpaceX will need within the next few weeks. Propellant pipes, components for Starship and Boosters have been spotted within the site.


Finally, it’s time to cover the Launch Complex, the current focus for all things Starship. This is where the majority of the work is currently underway as SpaceX moves from a suborbital test campaign of the Starship vehicle to the orbital test campaign of the full stack. This is going to involve an expected 5 test flights of both a booster and ship that will test critical elements of the system including the re-entry tiles of the ship.

There are two major segments of the launch complex: The Suborbital launch site and the Orbital Launch Site. The Suborbital Launch Site is to the west of the overall complex and is where all of the testings for the Starship vehicle have taken place. Consisting of two launch stands (Pad A and Pad B) and a smaller suborbital tank farm, this side of the complex is now expected to be the future location for all verification tests for Starships before an orbital flight. 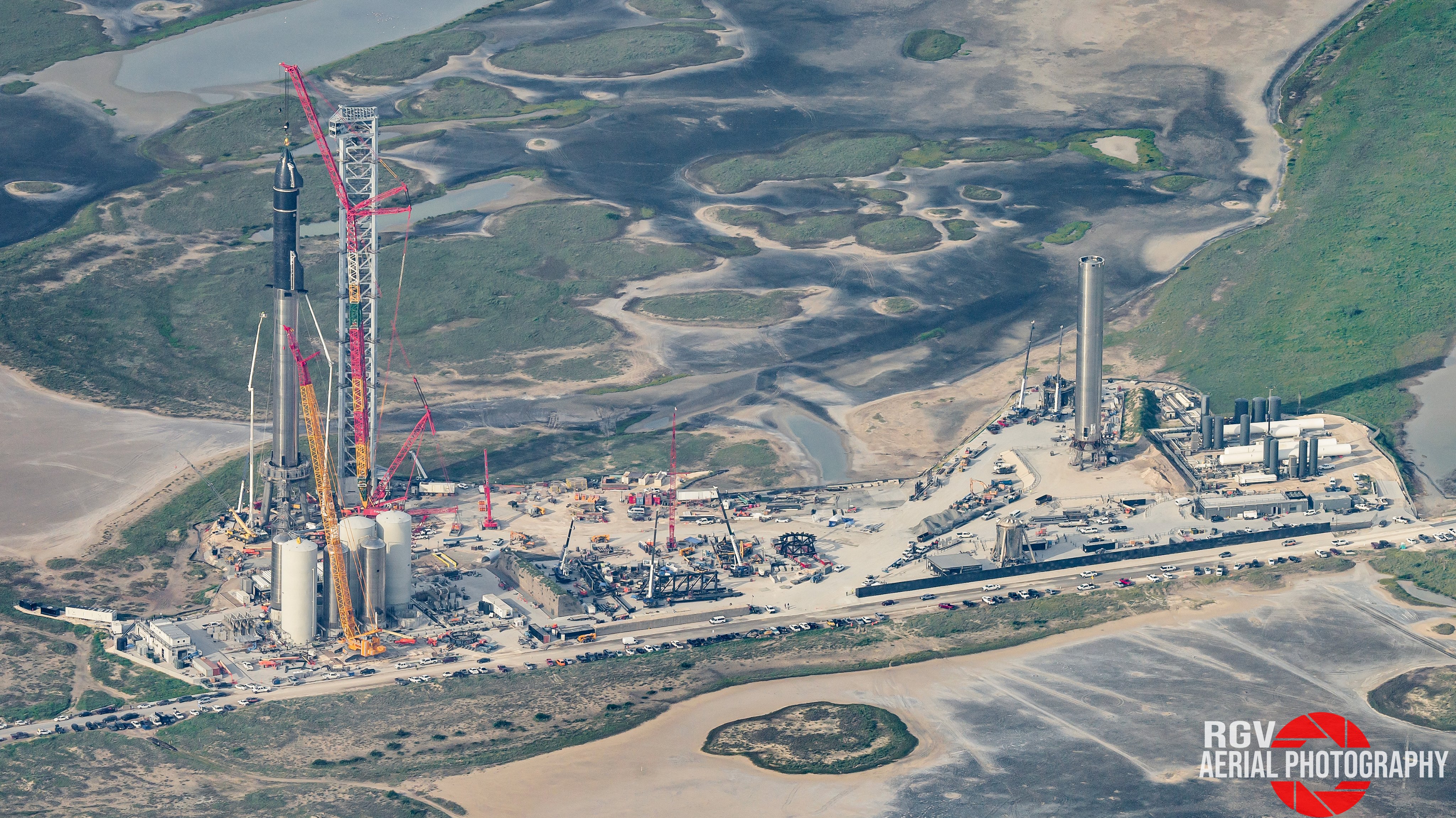 
The Orbital Side of the Launch Complex is where the magic is going to happen. There are multiple important elements to cover here, and the majority of Starbase news over the next 12 months will be focused on this area.


The most striking element of the Orbital Launch Side is of course the Orbital Launch Integration Tower. The OLIT is the tower that will provide propellant and stabilization to the full Ship and Booster stack during launch times through the Quick Disconnect Arm. The first part of this arm was recently installed on the tower, however, there are still more parts to go. 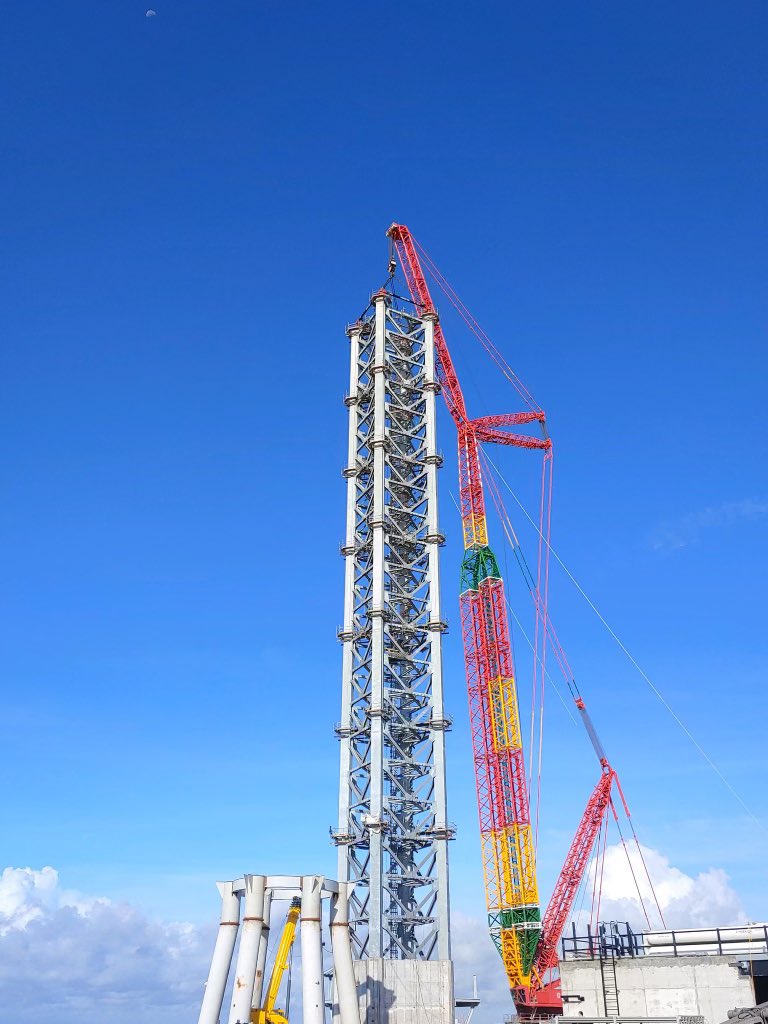 In the future, the tower will also support a system that is currently called Mechazilla, named after the robotic version of Godzilla from the original Toho films. This system will catch the Booster and the Ship from mid-air, using two arms that will come together, similar to chopsticks. The system will also be able to place boosters and ships onto the Orbital Launch Mount, acting in place of a crane.

The Orbital Launch Mount (OLM) is where the stack will sit. This structure sits upon 6 extremely strong and thick concrete pillars that have been reinforced to support the 370-tonne mount. When the full stack is being supported by the mount, the expected weight on the structure is around 5000 tonnes, so a lot of work has been done to make sure that the mount is ready. The Mount itself has the deluge system (a type of water system used to reduce noise and vibrations) built into the mount already. 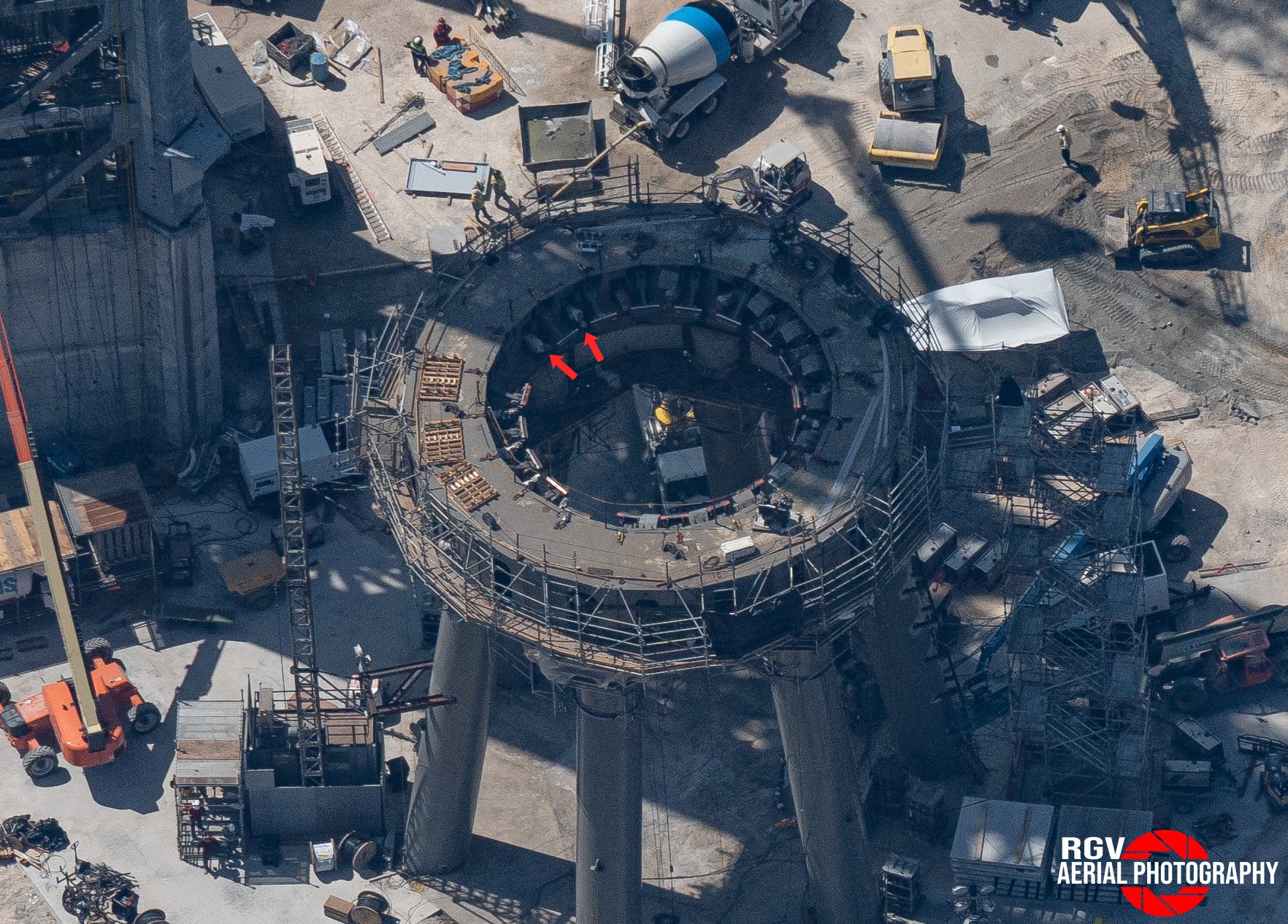 The final piece of the puzzle is the Orbital Fuel Farm. This will hold enough propellant and other required consumables to support orbital launches and testing. The Orbital Launch Fuel Farm consists of one water tank for the deluge system, and an unknown mix of Liquid Oxygen (LOX), Methane (CH4), and Liquid Nitrogen Tanks (LN2). 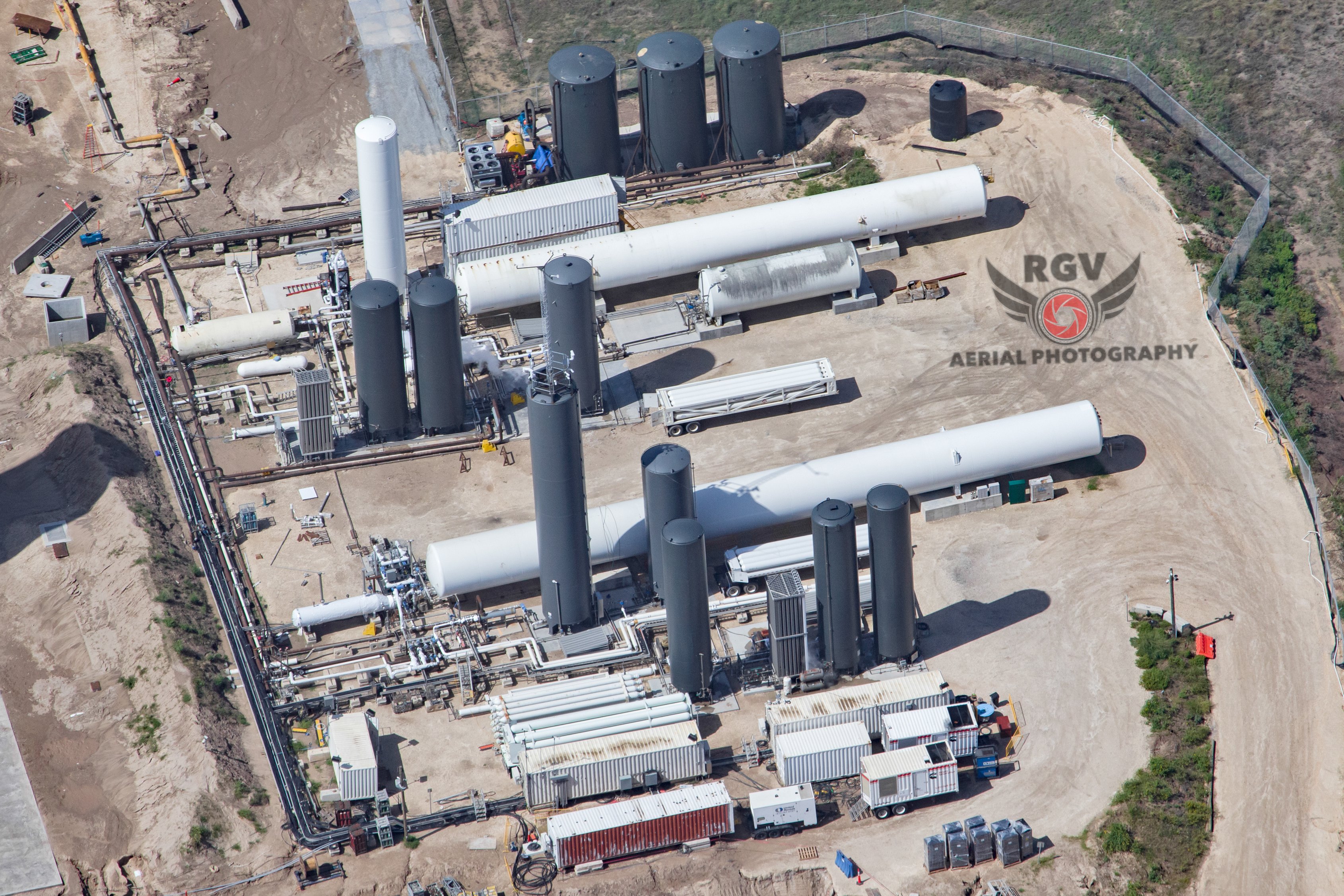 This article was last updated in September of 2021. Things are constantly changing at Starbase, but we will try to keep this guide as up-to-date as possible.