This week at Starbase saw a leaked email from Elon Musk regarding a crisis with Raptor engine production, the (re)start of starship infrastructure at pad 39A at Cape Canaveral, and Booster 5 finally makes its debut outside of the High Bay. There were also numerous days of testing, with an aborted Ship 20 static fire and several pressure tests on test tanks connected to the Orbital Fuel Farm.

Earlier this week, a leaked email from SpaceX CEO Elon Musk emerged, describing a ‘production crisis’ in regards to reliable raptor engines. While the raptors seen at Starbase have largely behaved, this engine is arguably one of the most powerful, advanced engines in the modern space industry, and the first full-flow staged combustion engine to fly. Needless to say, for all that the engine offers in performance and reusability, there are still a lot of problems that need solving. You can read the email in full here.

Currently, SpaceX is in a tricky position in between engine versions. Raptor 2 has just started testing and verification ahead of mass production, while Raptor 1 is needed for at least Flight 521. While the Raptor 2 factory has made significant progress over the last few weeks, there is still a lot of construction work both exterior and interior to the factory, as well as verification tests of the new build. Until the tests are complete and the first production Raptor 2s are verified, SpaceX has to continue production of their Raptor 1 engines for an unknown number of flights.

While Elon references the potential for bankruptcy in the email, it should be noted that this is hyperbole meant to communicate the importance of resolving this issue. SpaceX needs to fly Starship as many times as possible between now and 2025 to build flight heritage ahead of their first major HLS mission with NASA. The company is also amid a production ramp-up of their Starlink ground station v2 product, which promises to add a significant number of new customers to the Starlink service, which in turn requires version 2 of the Starlink satellites, something only Starship can launch in earnest. 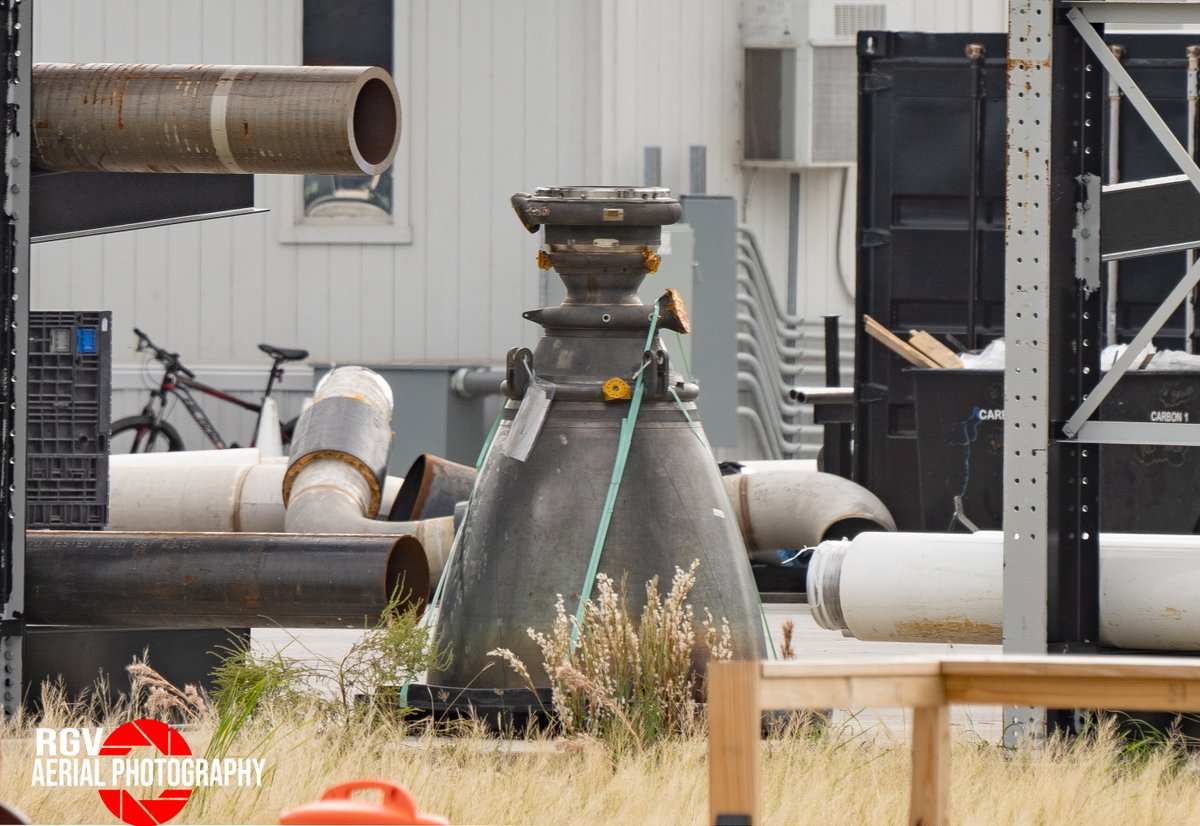 Needless to say, a production line is only as fast as its slowest production operation. While in the past the slowest part of the process has been the FAA and the appropriate legal requirements of the program, Raptor production seems to be the next big hurdle SpaceX has to overcome.

In contrast with the crisis at the start of the week, on the 3rd of December, Elon tweeted out that construction on the 39A Starship facility has begun, or in this case, restarted. At the start of the program, SpaceX planned to have two teams competing to build Starship test vehicles and facilities to test them in both Boca Chica and Florida. The idea was that the two teams would want to win the competition and in turn, innovate and solve the problems faster. This competitive idea didn't play out. Eventually the Florida team was disbanded and moved onto other projects, with associated hardware moved to Boca Chica by boat.

Before the team was shut down, 39A had begun to show signs of a very large flame diverter. There was a landing pad for Starship, back when the design for Starship involved legs. Thanks to the numerous design changes to the Starship program and intended operations, the flame diverter appears to not be needed with satellite imagery capturing the diverter being dismantled ahead of construction work.

Imagery from Sentinel-2 taken @ 2021-12-04 16:15:24 UTC shows that the original Starship launch mount is now full dismantled.
You can see this clearly in the second image comparing the new images to one from the 29th of November. https://t.co/LCGpEbF3pb pic.twitter.com/7tdCY0lG4w

Though this is an exciting development, it is important to note that progress is expected to be slow at the Cape for several reasons. Firstly, the cape is currently the busiest location for space activities which often requires workers to be evacuated ahead of operations. This reduces the opportunity for round-the-clock construction as seen at Starbase. The second reason involves 39A itself, which is currently the only launchpad able to launch American astronauts from American soil, meaning SpaceX cannot risk any interruptions to the crewed launch operations.

On Twitter, Musk mentioned that the facilities at 39A would be similar but improved versions of the facilities at Starbase, which is typical for SpaceX’s iterative design approach. With that being said, this might also mean that the second tower at Starbase, slated to begin construction in 2022 is also going to follow this new and improved design. Overall, these developments will put more pressure on Starbase to achieve a successful and rapid testing program for Starship ahead of its commercial debut in 2023 and NASA debut currently slated for 2025 with the HLS program.

39A is hallowed spaceflight ground – no place more deserving of a Starship launch pad!

Will have similar, but improved, ground systems & tower to Starbase.

Also on the 3rd of December, Booster 5 made its Starbase debut as a nearly whole booster. While there is still a large amount of detailed work yet to be completed, this move of Booster 5 shows that progress is at a point where the vehicle can be moved out of the High Bay ahead of Ship 21 stacking. As a reminder, Ships can only be stacked in the High Bay due to the limited height of the Mid Bay.

The location of Booster 5 while this is underway is currently unknown, although preparations for what appears to be a static booster stand have been sighted near Ship 15 and Ship 16 at the Sanchez site as seen in this photo by RGV Aerial Photography. 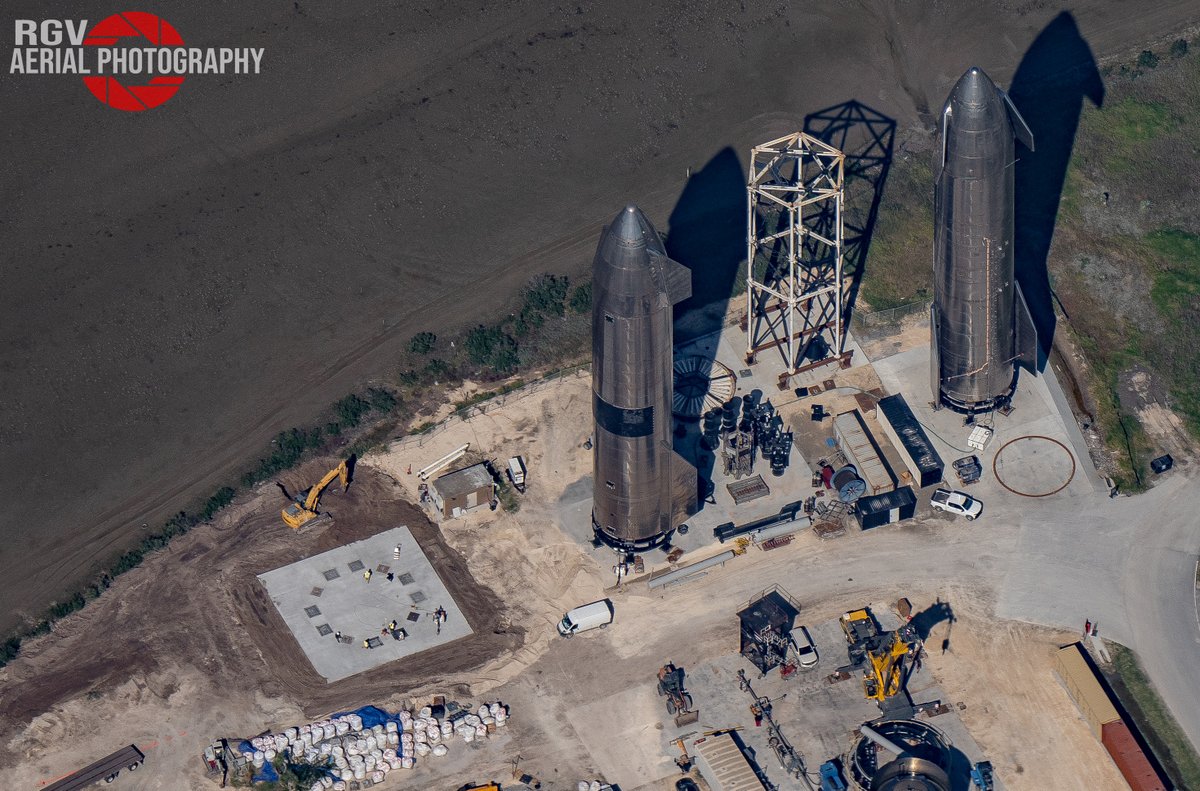 ﻿Starship 20 and 21 next to the Booster stand. Source: RGVAerialPhotography

Testing this week saw an aborted static fire of Ship 20 and several tests by two test tanks that were moved to the launch site last week. While the cause for the abort for Ship 20 is currently unknown, expect SpaceX to try again this coming week with road closures scheduled for every day between the 6th and 9th of December. The two test tanks underwent pressure tests indicating testing either new designs, construction methods, testing conditions, or ground equipment. However, at the time of writing, there has been no confirmation of their purpose.